Review 1: The Shivas' "Where Have You Gone To?" 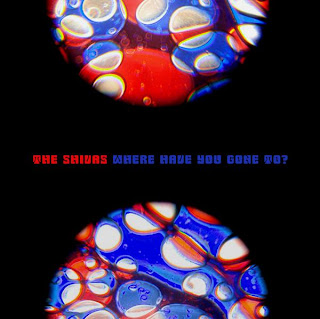 "There's something happening here, alright", the opening words from the debut album by Psychedelic rockers The Shivas. There is something happening here indeed, and in this case, here is Vancouver, Washington. The opening chords on the song immedietely strike a chord with your inner love child. There album, released earlier in 2008 was received with rave reviews in the Psychedelic Underground community existing on internet sites. Because for that community, this record is exactly what they've been waiting for. The perfect amount of distortion you'd expect from a psychedelic rock band, but still clean enough to be listened to (and enjoyed) by anyone who comes across it. The real beauty of it is that it's reminiscant of a different time, but not so much that it's suffering from a case of the wanna-be-blues. It has an equilibrium of new things as it does old; it has everything. From African drums (and rhythms), droning sitars, swirling bass-lines, catchy riffs, guitar solos, to Grateful Dead-style Blues; it has everything.
Some people say that experience comes with age; with their front-man and leader Jared Wait-Molyneux just 17, their percussionist gone bass player Eric Shanafelt 18, and their drummer (younger brother Colby) only 14; the Shivas prove this very wrong.

Posted by Griffin Taylor at 3:52 PM